Gorging on carbs and knocking back pints of ice cream, periods don’t have the best food associations. You can thank the entertainment industry for that, largely their portrayal of the menstrual cycle as something that makes women go crazy.

Well, did you know that right before your cycle begins, the body is depleted in magnesium? And guess what is high in magnesium – chocolate, technically cocoa.

Plus, the monthly cycle can definitely bring on physical symptoms that can easily entice you to reach for sweet decadence or salty satisfaction. Those sugary and carby foods taste great, especially when you’re tired and feelin’ low.

But, that’s just part of being a woman, right?

Many women are even “syncing” their monthly cycle with their diets.

So, let’s change the focus with some nutritionist knowledge. What foods should you be smashing into your face instead of sugar-filled confections?

Not only is it high in magnesium, but some nutritionists and health professionals chock up the cravings to a change of hormones. The culprit: drops in progesterone, estrogen and serotonin. Your body senses the drops and tries to rectify them, which results in cravings.

But not everyone agrees,

Some nutritionists believe that yes, maybe you do get more hungry, BUT they don’t believe there really is anything telling you to reach specifically for the Ben and Jerry’s (or Halo Top, no wrong answers here).

That is, except for culture. That’s right. Some believe that it’s a cultural phenomenon, rather than biological. So, in theory, society collectively said this was a “truth” and then it became truth.

Either way, that doesn’t make it any less real. And it doesn’t take away the fact that a brownie just sometimes hits the spot.

So, we now know why we crave chocolate, but what should we grab instead?

Let’s cut to the chase. A little chocolate here and there is not going to hurt AND some even recommend it (in low quantities).

But seriously, the dietary suggestions vary depending on who you ask.

Recommendations include sticking to three meals a day, while being sure to incorporate fresh, whole foods more than anything else.

Shop the periphery of the grocery store, and stick to whole foods—nuts, fruits, vegetable, whole grains—and no packaged goods, which are high in sodium

In addition to this, it’s recommended to consume more iron as you can potentially lose that mineral as you bleed. This could explain why you may be wanting to pounce on a juicy burger ASAP.

What you drink is just as important. That’s why some people recommend drinking coffee to help control fatigue. Did you know that some over-the-counter “solutions” actually has caffeine in it, for similar reasons?

But there’s a catch with that one….

Caffeine can help provide energy but it can also make you more dehydrated and contribute to your anxiety and mood.

So, be mindful of how much caffeine your taking in and maybe opt for a smarter source of energy.

We’ve finally gotten to the good part — THE SPECIFICS. Opinions differ depending on who you ask, so again, we’ll be taking notes from several sources.

Greens are always good go-to’s, for almost everything. Sorry, there is no way around that. So, if you have a strong aversion to them, try different ways to integrate them — either through drinks or even sneaking them into meals or smoothies.

So, what veggies should you be reaching for?

To fight those low-iron-fueled cravings, Byrdie (a lifestyle site) recommends eating kale and other leafy greens. They also recommend broccoli.

Yes, our little-tree-looking friend may make you cringe a bit, but hey, its vitamins may help ease PMS symptoms. So that’s a plus!

Same story, different foods. Fruits are something you should already be integrating into your diet already, but during your cycle, you should be paying special attention to your servings. In fact, women’s site She Knows recommends stocking up on fresh fruits even beforehand, in preparation for the fateful reckoning.

But are there any in particular that you should be keeping baggies of? Byrdie recommends some of the following in particular:

But more than that, fiber can also help with hormone balance, by connecting to estrogen and taking it throughout the body. Fiber puts in the work!

Stay Clear of These

Her World recommends to stay clear of these foods, which can end up triggering your symptoms even more:

Byrdie also suggests scraping these from your diet during your period:

As we mentioned in the beginning, the method of eating certain foods during certain times of the month has been getting a lot of attention. Especially for those who may experience irregularities or other issues.

Shape Magazine explains it in detail, but here’s the gist:

So it begins. Estrogen and progesterone are low during this stage. To combat this, it’s recommended to incorporate spices like cinnamon and saffron to help improve symptoms of emotional and physical fatigue/pain.

Plus, it’s recommended to get your iron on, with foods such as:

To get the most of this iron-rich foods, make sure to foods like citrus or strawberries (getting that vitamin C intake) to help increase the bioavailability of iron.

In this stage, ovary follicles mature and estrogen begin to rise. This could lead to tummy problems, so you’ll want to be kind to your stomach with your choices.

It’s recommended to get your B vitamins, especially B12 for red blood cell production.

And for your stomach? Try some of these:

In this short phase, hormones on the rise, most noticeably estrogen, testosterone and progesterone levels. Energy might have been sparse in previous phases, but that’s not the case for ovulatory phase.

With this extra energy, you can through in some exercise, but make sure your diet is conducive to the cause. Work in whole grain oatmeal, chia, flax and hemp seeds.

This is where everything plummets. The dramatic shift in hormones and mood is a sign that your monthly visitor should be arriving soon. Foods that are rich in fiber will help sustain your cravings and hunger, like whole grains, fruits and veggies.

And, depending on your stomach’s sensitivities, you may want to steer clear of gas-inducing foods like broccoli, cauliflower, beans, onions, and garlic.

Some women choose to look towards Ayurvedic, medicinal supplements to help them through. And there’s no shame in doing a little research!

Here are some of the most popular adaptogenic herbs for general women’s health and menstrual-related concerns.

Dubbed “female ginseng and also known as Angelicia sinesis, dong quai has been used in holistic medicine to support women’s health by helping with blood flow and hormone regulation.

It is believed to help support the response of PMS and menopause.

One study found that, when mixed with chamomile, the plant support the body’s reaction to hot flash discomfort in women with menopause.

This plant is used for both menopause and perimenopause (a time where women start to encounter early onset of symptoms).

So, what’s so good about black cohosh?

Medical News Today reports that it may help with:

Also known as “Indian Ginseng,” this adaptogenic herb has been tied to women’s health of all ages.

Dr. Frank Lipman of Be Well suggests that ashwaganda can support the body’s response to mood changes, exhaustion and stress, by enhancing endocrine function.

And for menopause? One study found that it can (surprise, surprise) encourage hormone balance as well as help with hot flashes and the above symptoms.

If this herb doesn’t sound like its from a higher power, its benefits sure will.

Mind Body Green suggests that this herb may also positively support gastrointestinal system, glycemic control and recovery. Of course, these are all things that can be related to menstrual cycles (but they don’t have to be).

And what’s a special note about this herb?

It is sometimes used to help people with their adrenal glands and cortisol levels. 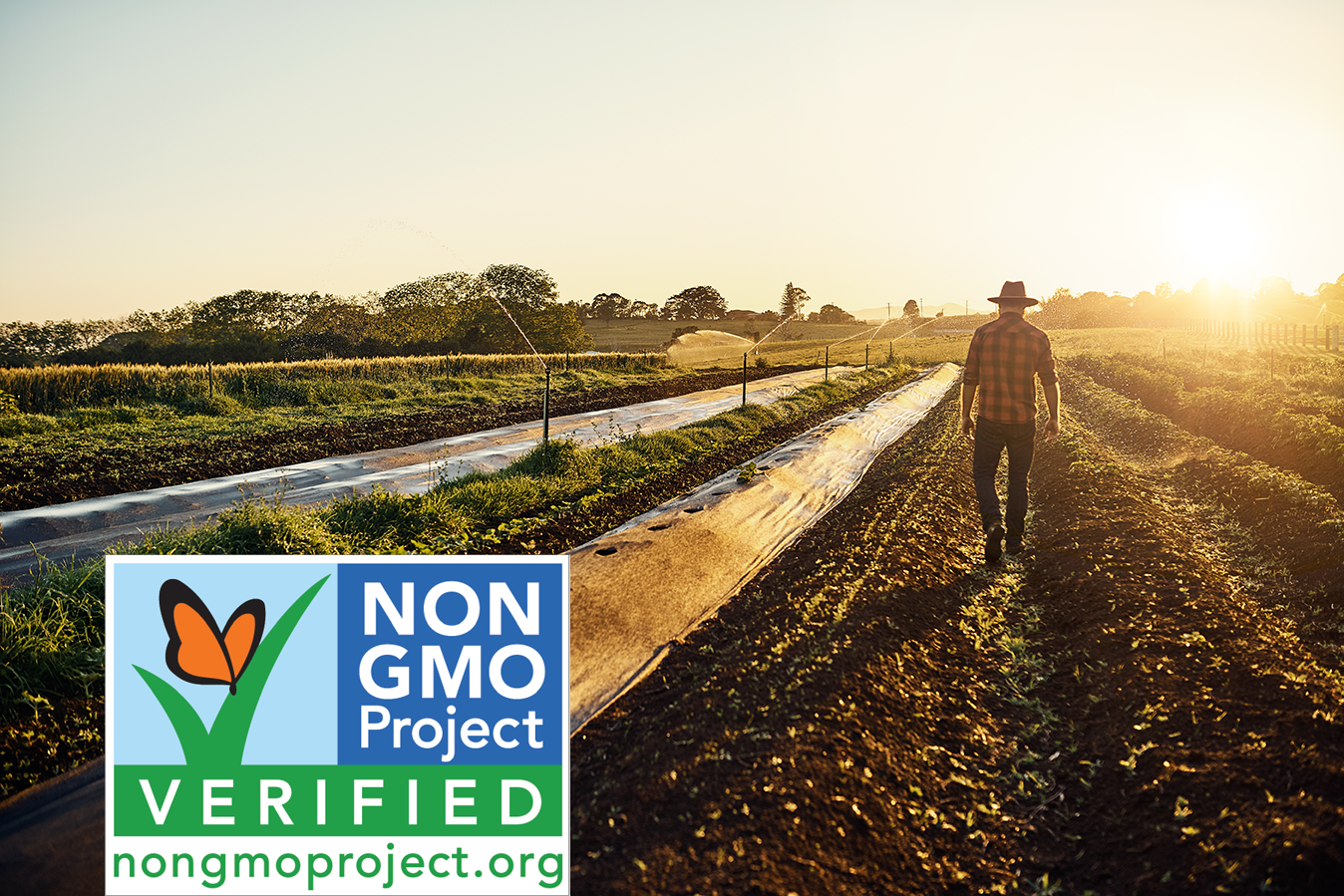