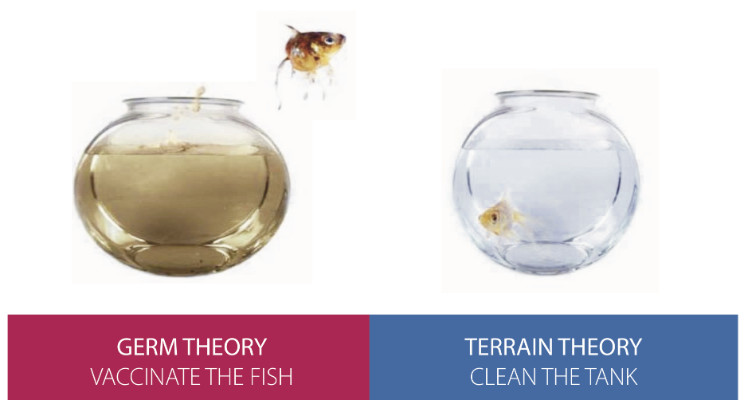 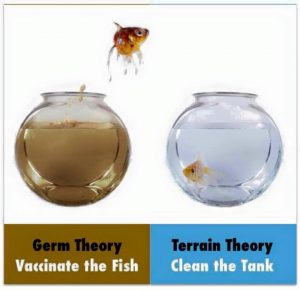 During the mid 19th century, scientist Louis Pasteur adopted a theory that microorganisms cause disease; Germ Theory. He discovered how to make vaccines from weakened, or attenuated, microbes. A vaccine is essentially a preventive inoculation, a reaction to an outbreak.

In adverse to Germ Theory was Antoine Bechamp’s Terrain Theory, stating illnesses or diseases arise from weaknesses or imbalances in the body. With stronger inner terrains, our bodies will not have a negative reaction to germs and the surrounding environment.

Over 100 years later, far more research was conducted on disease and immune function to show that both of these theories are neither right nor wrong, but the answer lies somewhere in the middle.

“[Pasteur and Bechamp] are two sides of a coin. Neither of them saw the whole picture because they didn’t have all of the information that we have today,” says Purium Co-Founder Dave Sandoval.

Now, we know that foreign invaders (viruses, bacteria, mold, etc.) are a catalyst for disease. Pasteur’s theory has credence because certain elements in our environment will cause illness if we come into contact with them; however, in this kind of theory, everyone would be required to live in an antiseptic bubble, but this is not humanly natural. Facing a foreign invader at one point or another is inevitable as a migrating species.

Also, living in an antiseptic bubble would prevent the enhancement of natural immunity through exposure to bacteria, if reactions are not fatal. The idea that all invaders cause direct harm to our system is not all true.

Rather than proving one theory over the other, our outlook is a combination of building a strong immunity, while keeping our environment sanitized. Merging and putting into action both arguments provide the greatest form of protection and can help your body create a powerful immune response.

The best way to achieve this is by washing your hands and avoiding people who might be contagious. With or without the absence of these practices, there ultimately will be exposure to a foreign invader. That is where building a first line of defense within our body’s terrain comes in.

Vaccines can only work when developers thoroughly know about the disease being treated. It is only possible for scientists to create an effective vaccine after people have been infected and possibly died from a specific disease.

When you’re building immunity in reaction to the disease, you’re going to be susceptible to the virus that’s out there. Waiting to identify a threat, dissect it, and then create medicine for it, might take too much time in efforts to save the body. If you believe doing something in advance as opposed to in reaction then you have to look before a vaccine is possible, before the catastrophe  hits. It’s inevitable that the next crisis will happen instead of being a victim act, in your own defense.

It is in our best interest to have a strong wall of defense so that our bodies can rapidly respond to outside invaders.

At Purium, we are not doctors, but we come prepared with natural immunity. It is our belief we can aid, assist and support the body to respond with such a powerful immune response that it’s more powerful than what a doctor may create in a lab. This doesn’t mean you never need antibiotics or doctor assistance, but the likelihood of this is dramatically reduced.

Some of our products that help support an optimal immune function include ZinC-ADE, Immuno-Max, Immune Shield, White American Ginseng, Apothe-Cherry, and Biome Medic.

Over time, the threats to our health may vary, but the way our immune system reacts and defends us doesn’t change. It’s important to anticipate and prepare our bodies for every emerging virus or bacteria from the environment. That way we have a stronger chance of fighting off any new unknown entity. 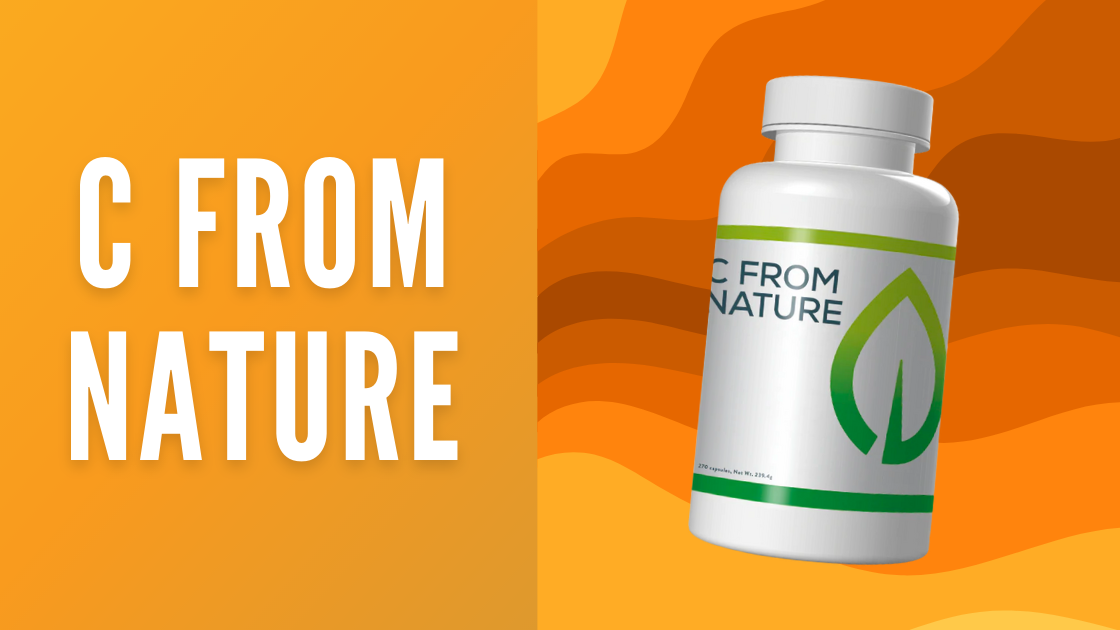 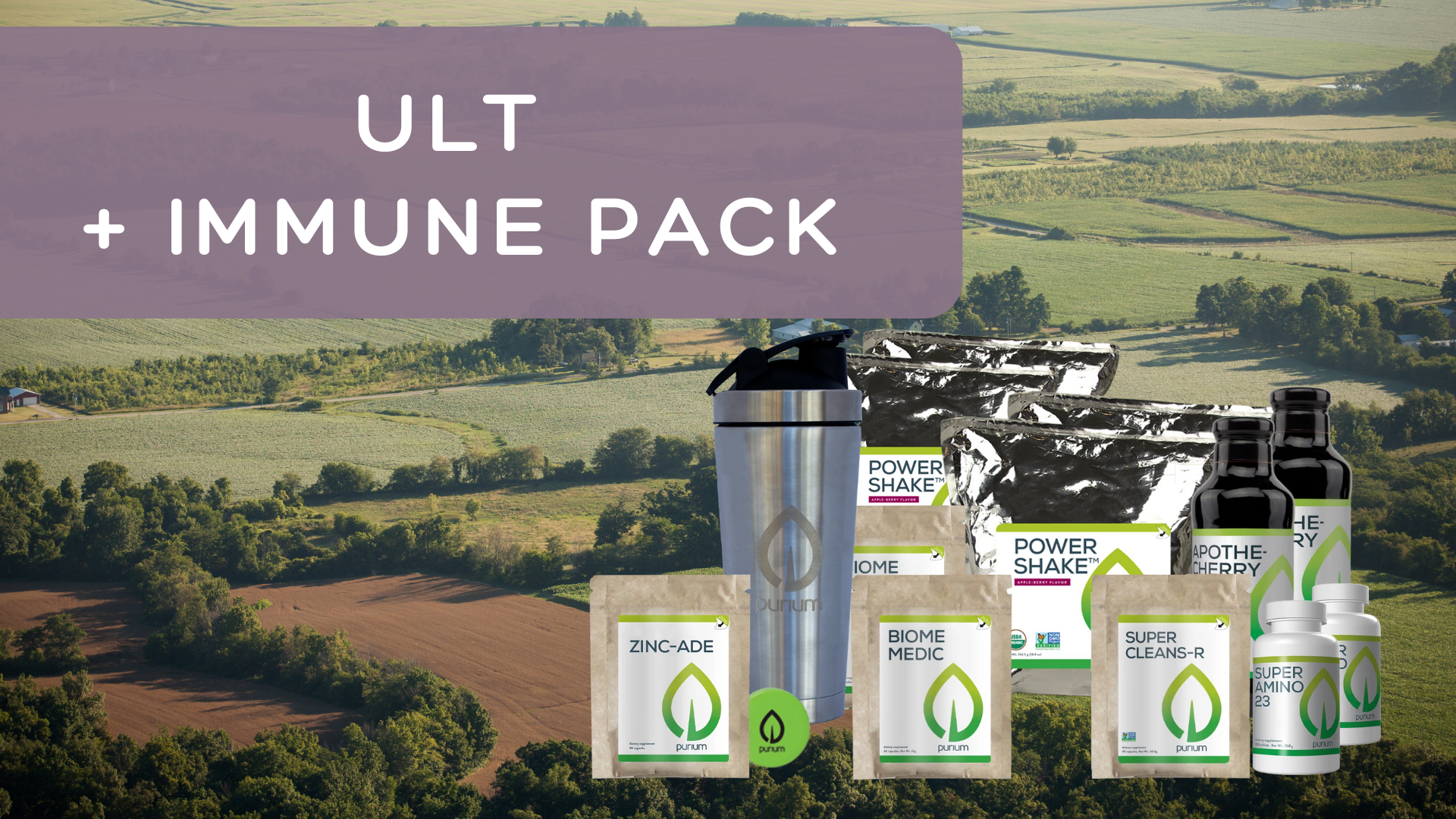